The nature of an archive is weighted with shifting degrees of certainty. It is an image of an occurrence. Accounts of an event that was deemed important to record. And that historical background; those personal words penned onto paper; that moment captured on film, will continuously be in movement and will carry on to advance towards an even greater feeling of unknowing.

This does not necessarily mean that one’s interpretation of a collection in an archive becomes a diluted view of the actual event. To me, it is more like it moves on to a “reimagined” likeness. One that in a way opens the possibility of leaving your eyes on an image that is not necessarily interesting, but while looking at it you can imagine a journey, or other aspects that could be there or could have been there.

For the Saudade project, I selected archive 1.0019. I chose this selection because it included digitized super 8 films captured by a couple who got married in October 1936. I feel that, as an artist, there is much potential in finding a “meeting place” in an archive. At some point in time you are bound to find that special essence, which communicates an interpretation of what I see as a “true moment”. But it is also more than just that: the role of time and its imminent disintegration, the loss of information (very similar to the loss of memory itself), is what appeals to me so poignantly.

In the world of communication as we know it, the camera still stands rock steady as a communication tool. Which is the reason why I decided to concentrate on a series of films stills from this collection. I am moving my gaze towards the cutaways – not only as an inventory of what lies hidden, but also a point of departure for reimagining the event that took place. My first approach involves an uncovering – and in doing that I hope that the special essence emitting from the subject in the film still will make itself known.

In the continuation of this idea of uncovering and extracting information from cutaways, I am experimenting with rephotographing a series of projected images, and then to “re-imagine” the results in the printmaking medium. Depending on the imagery, I will either use this visual cue as a starting point for monotypes or continue by expanding on the idea of rephotographing existing footage and manipulating aspects that come to light in the darkroom. 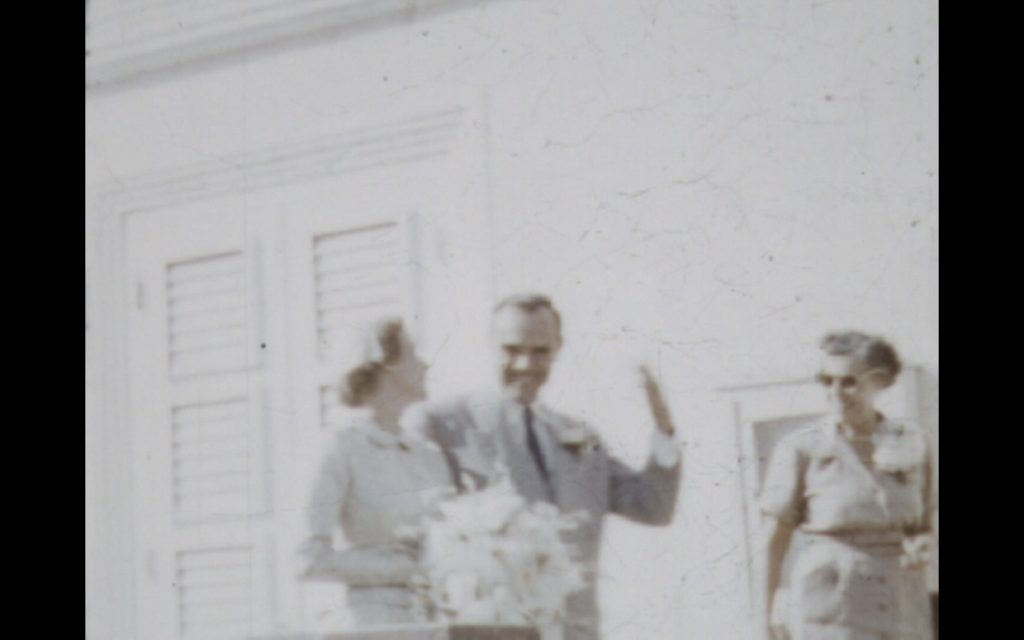