We are happy to introduce Nico Angiuli, our latest addition to Saudade. Angiuli attended Fine Arts Academy in Rome and Bari and finished his studies in Venice with a Master in Production and Design in Visual Arts from IUAV University.

Angiuli’s career has taken him to several different countries in Europe. Between 2006 and 2010 he collaborated with the Stalker group. In 2007 he co-founded Ilmotorediricerca, a group working on projects between Italy, Albania and Greece. 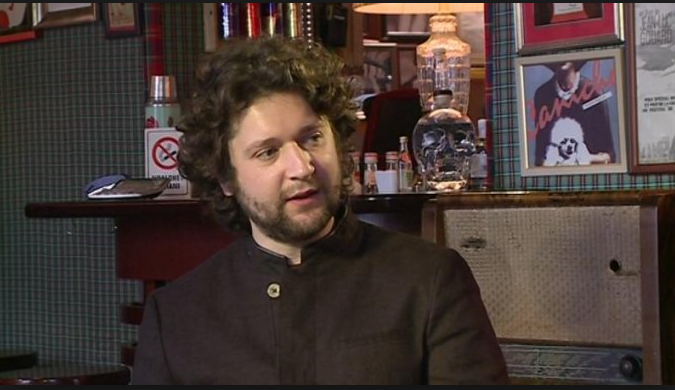 Between 2008 and 2011 he worked on performances and sculptures based on Pino Pascali’s unfinished works; during the same years he did a series of performances regarding the labour : Ma Vai a Lavorare! Le piastrelle sono intenzioni, and The Tools’ Dance. In 2011 Angiuli became artist in residence at the Bevilacqua La Masa Foundation in Venice; In 2012-2013 he lived in Spain while developing The Tools’ Dance project. In 2014, thanks to Simone Frangi, Angiuli was invited to Villa Ruffieux in Switzerland.

Recently he has directed two movies: TreTitoli, an experimental movie on the violence cyclicity in the agricultural lands of Southern Italy (2nd Kiev Biennale 2015 Premiere); and E per te canterò tutta la vita, in co-direction with Fabrizio Bellomo, about the relations between Albanian people and Italian television.

Angiuli has exhibited his works to The School of Kyiv – 2nd Kiev Biennale, MART Museum in Rovereto, Fondazione Sandretto Re Rebaudengo in Turin, Cittadellarte Fondazione Pistoletto in Biella, MAAM Museum in Rome, NOoSPHERE Arts in NY, at the Heaven – 4th Athens Biennal, in collaboration with Vessel, at SPAC in Udine, at the National Theatre in Tirana, in the Bozar Bruxelles, SALE and Fondazione Bevilacqua LaMasa in Venice. You can read more about Angiuli’s work on his website.